You don’t realise it, but all men tread the same fashion path. There may be slight deviations along the way, but, ultimately, we all go through these stages.

I’ve used my journey as an illustration. 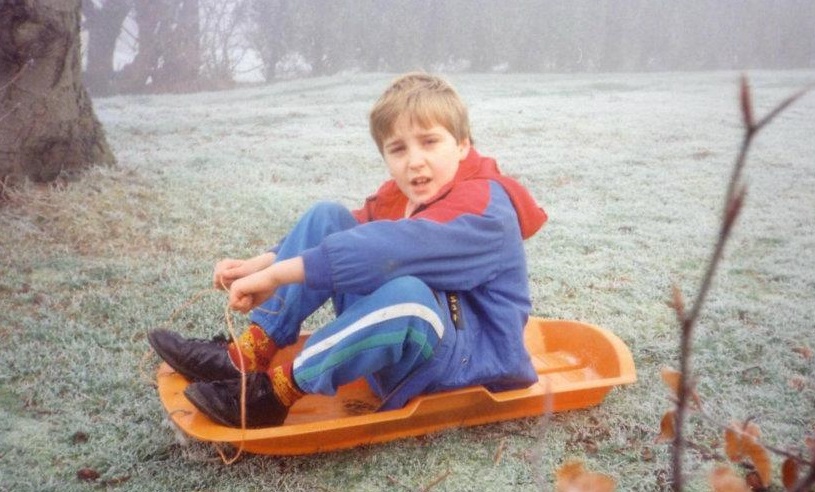 On average, this runs from about 0-10 years old. You have no control over your destiny at this point. Your mum is behind the wheel, and is steering head-on into traffic. Occasionally you’ll be able to snag a tee you actually want featuring your favourite cartoon character – but mostly it’s wearing stuff she’s either made herself, or bought because you’d look ‘sweet’ in it. You don’t much care, as you’re too busy being a stupid idiot kid.

THE FIRST STEP TO FREEDOM 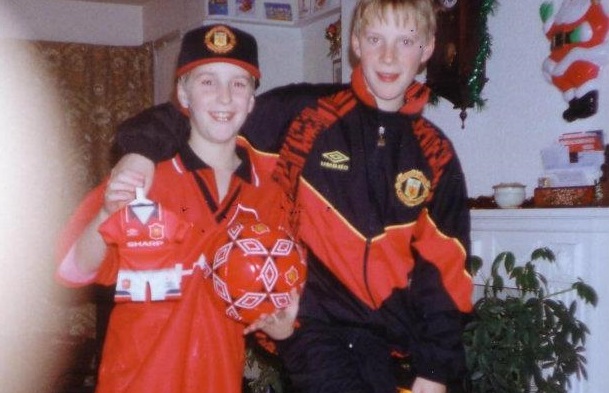 I look like they’d just signed me up to their academy. They hadn’t.

You get a football shirt for Christmas. On the face of it, this means little. But actually it’s a way of saying ‘I actually want to wear this.’ Your mates will either approve or disapprove of your choice. But you like the fact that what you wore elicited a reaction – even if that is a beating. 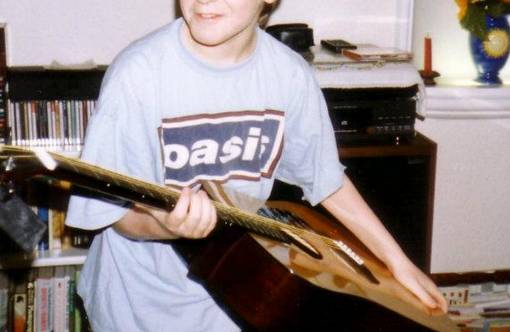 This normally coincides with various stages of the educational system. At this point in life you’re tentatively holding out your hand and asking someone to grab it and say ‘You’re one of us’. At school you’ll actually wear a uniform, but as you get a bit older, in a desperate strive for an identity, you’ll adopt the ‘uniform’ of whatever group it is you’re attempting to join – be it stoners, goths, nu-metallers (guilty). You’re still young. This, too, will pass. 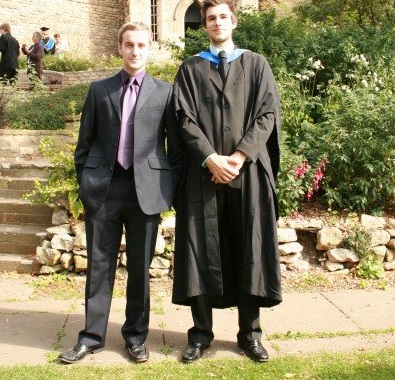 Sick-inducing purple was on point back then.

You feel a million dollars. Yes, it actually fits like a pig, and you’re likely to spontaneously combust when walking down the street, as your thighs furiously rub that polyester together. But, hey, at that moment… YOU’RE JAMES FRIGGIN BOND. 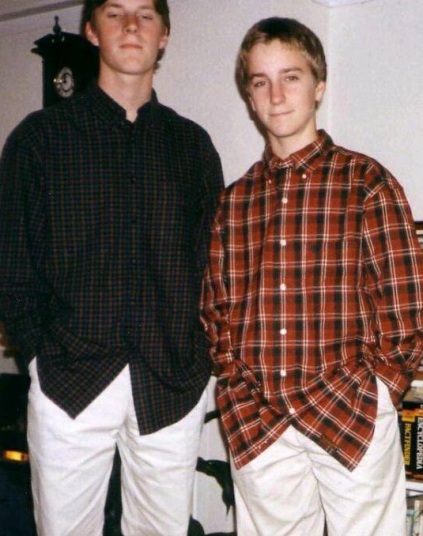 The Backstreet Boys want their pants back.

Screw conformity! Before you settle into adulthood you’ll mistakenly believe you’re invincible. With this aura of indestructibility comes a misguided notion that you able to pull off any combination of clothes. Fedoras with cargo pants? Yes. Cream chinos and checked shirts? Hell yes! It’s only when you see the photos 10 years later you wonder how the beatings weren’t more frequent. 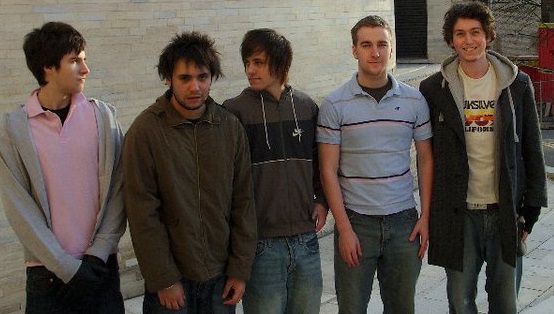 This stage is the equivalent of one of those ‘Choose your own adventure’ books you used to have as a child. Some people get here and their adventure is over; they will forever remain ‘comfortable’ in their clothes. There’s nothing wrong with that. Fashion is a passion for some, and merely an inconvenience for others. Either way, this stage is all about baggy shirts, relaxed fit jeans and bashed up trainers. 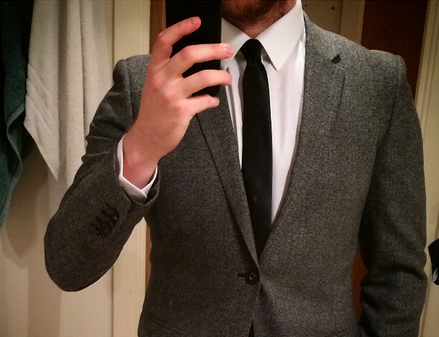 As you get a bit older and start working office jobs, you’ll (hopefully) have a bit more disposable income. You actually go to your local tailor and get measured up. You can’t believe how you ever coped with suits off the rack. 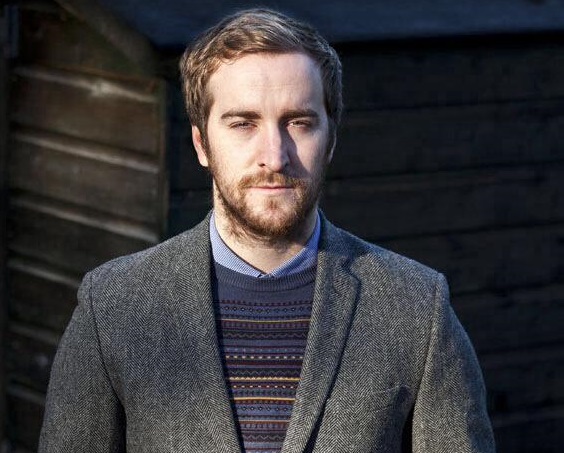 I don’t care if you think i look like crap here.

You’re in your 30s and, through trial and error, have found your style. Everything seems to fit just right and looks good on you. Your suits are tailored, shoes shined and shirts ironed. You’re a machine. This won’t last. 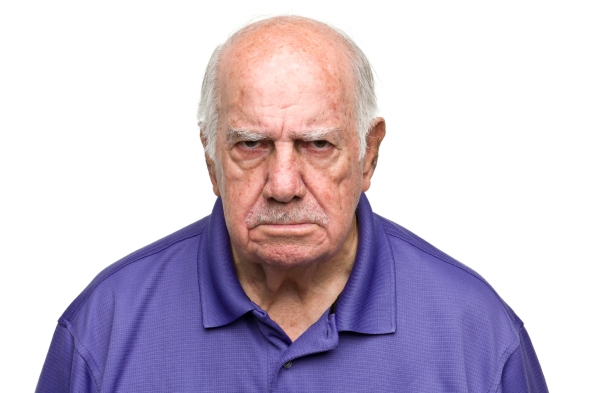 I’m not old yet. Here is an old man. He hates life.

You’re getting old, your responsibilities are mounting, bills piling up, and you just don’t have the money to be ‘wasting’ on clothes when it could go on other things like, you know, food for your children. You start making compromises you wouldn’t 20 years ago in the carefree days. Jerry Seinfeld put it best:

“You can always tell what was the best year of your father’s life, because they seem to just freeze that clothing style and just ride it out to the end, don’t they? And it’s not like they don’t continue shopping, it’s just they somehow manage to find new old clothes.”

Eventually, it won’t fit you (too macabre?) – but at least you’re looking sharp on your road out of this life.

So, that’s that. What have I missed? What stage are you at?